Austin and Anna have been friends since preschool. They have shared the ups and downs of growing up. Austin says "Anna is a very sweet and kind young woman. She is always making me laugh and I can always be myself around her." Their Junior year in High School Austin asked Anna to be his girlfriend and they have been dating ever since!

I don't know how he asked her then but I do get to be a part of how he is going to ask her to spend the rest of her life with him!

Austin wanted to go all out for this girl that means so much to him. He put together the bare bones of the plan and one thing he wanted was a photographer. That's when he found me! It was so much fun talking to Austin and getting to know a little bit about him and his plan. We went over some possible location ideas and he decided on a little roadside garden called the Water Wise Garden. This location provided a short brick path to a gazebo that has a bench and a few small trees. Perfect for an excuse of "Oh, wrong turn" or something not to far from a restaurant.

He worked to print off photos of them and hang them on lighted clips, lined the walk way with lighted mason jars, and hung lights around the gazebo.

I'm telling you, what a plan! His mother is a true sweetheart too! She offered to go decorate the garden and get it all set up before the big surprise. 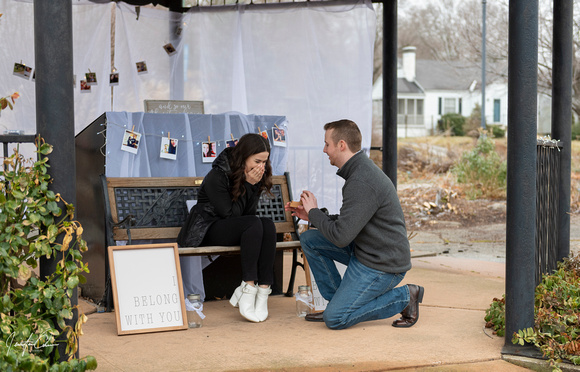 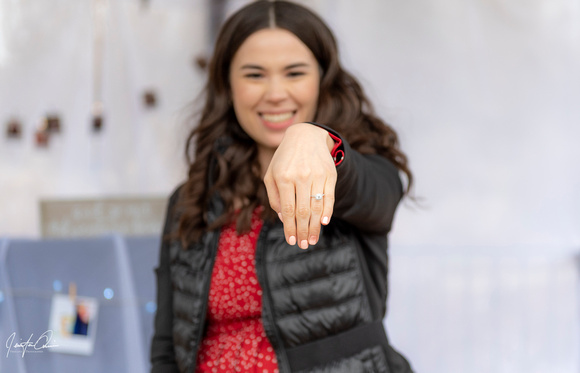 The Day of the Question

So the weather forecast was supposed to be 50 degrees but the way of the Ozark's is not to bet on it. It turned out we had rain and ice the night before that lingered around that Saturday. It was cloudy and cold which helped to create a soft  mood. I met Austin's Mom and saw the beautiful setup she created! After setting up the gear, I hid behind what I could since it's winter and all the bushes are dead. When Austin's car pulled up I ducked behind a tree and waited in anticipation as he began leading her up the path towards the Gazebo of the Water Wise Garden.

Austin said a very nice speech and then got down on one knee. Anna was so excited she almost forgot to say "yes"!  She was so exicted she didn't even wait for the ring before she threw hers arms around him! Austin found a moment to slide the ring on her finger, it was a perfect fit! They walked around and looked and relived the moments from the photos before heading somewhere to warm up. It is so cool to watch these moments!

Congratulations to Austin and Anna on their engagement! 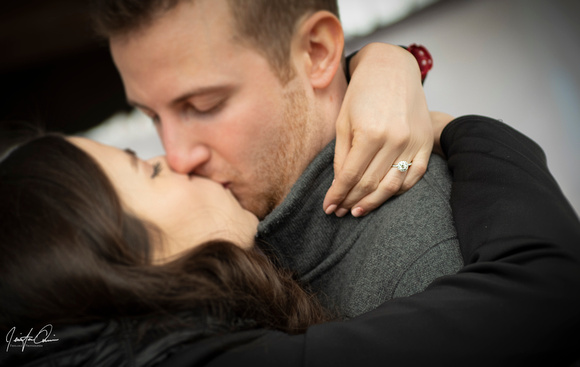